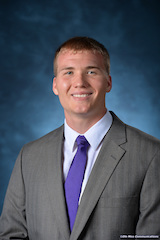 “My interest in Arabic began as a child with my father traveling to the Middle East. I became intrigued with that part of the world due to the mystery surrounding the Middle East from our Western cultural filters. I applied to UM because it offered more resources to accomplish my goals.”

Corey received scholarships to study abroad in Amman, Jordan, including a prestigious Boren Scholarship from the US State Department. He helped plan and execute two Rebel Charge exercises that allowed ROTC, Arabic, and journalism students to use Arabic in a simulation under high-stress conditions.

Commissioned as a second lieutenant in the U. S. Army, Corey recognized the importance of Arabic and his cultural knowledge. “It is my job to be the most prepared I can be. In order to accomplish that, I must be culturally competent and able to effectively communicate and operate in complex environments.”

Since graduation, Corey has served as a platoon leader and an installation response force commander. He is currently an operations officer and a graduate student in geographic information systems at Pennsylvania State University. He continues to work on his language skills, earning qualifying scores in Modern Standard Arabic, Levantine, Egyptian, and Iraqi dialects while in service, and hopes to eventually work in the security/defense industry in the Middle East full-time. 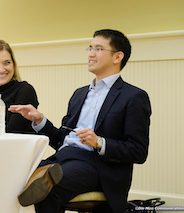 With the support of the Chinese Language Flagship Program, Anthony spent a year and a half in China honing his proficiency in Mandarin and developing an expertise in China’s political, economic, and social issues. He spent his capstone year taking graduate-level coursework in foreign policy and politics – taught completely in Chinese – at Nanjing University and interned with a Chinese intellectual property law firm in Shanghai.

His experiences in China and his Mandarin proficiency not only helped differentiate Anthony as an applicant for both graduate studies and employment opportunities, but also formed the foundation for his career. After graduation, he moved to Thailand to study Thai, volunteer, and teach English. He later earned a MA in international affairs at Georgetown University’s School of Foreign Service. After an internship with the U.S. Department of Treasury’s East Asia Office and a year with the U.S. Department of State’s Bureau of East Asian and Pacific Affairs, Anthony joined PricewaterhouseCoopers’ (PwC) Washington, D.C.-based Global Intelligence, Anti-Corruption and Strategic Threat Management practice group. At PwC, Anthony led a China and East Asia-focused research and investigative team and helped establish similar teams throughout Asia. Drawing from his experiences consulting for global companies and government agencies, Anthony joined the Clinton Health Access Initiative’s malaria elimination financing team for Southern Africa in 2018. 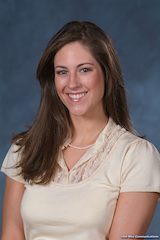 “I started learning French in high school because I loved the language/history and had a great teacher from France who really inspired me to learn.”

Christine studied abroad in Montpellier, France, and wrote a senior thesis on the topic of how many French were against further integration in the European Union in the early 90s.

“Ironically the French are now a leader in the EU but a lot of the reasons the French were against further integration in the European Union are relevant for why the UK is currently trying to exit the EU. So one could argue the lessons from the past have not been fully appreciated!” 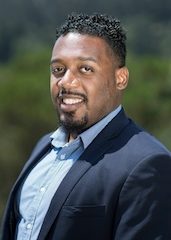 “I did not want to take German at all. In high school, everyone considered German to be a difficult and ‘ugly’ language. I believed them and tried to enroll in Spanish or French classes. They were full, so I was forced to take German. I’m eternally thankful for that. I was selected as a Congress-Bundestag Scholar and spent my junior year abroad. I fell in love with Germany.”

Dee started college at Mississippi Gulf Coast Community College, weeks before Hurricane Katrina. He learned what it meant to serve others and gained such honors as Coca-Cola Scholar, Institute for International Public Policy Fellow, Jack Kent Cooke Scholar, and was elected International Vice-President of Phi Theta Kappa. After he transferred to UM, Dee joined the Men’s Glee, became a Croft Scholar with the Croft Institute for International Studies, and a Roosevelt Fellow with the Sally McDonnell Barksdale Honors College. He studied abroad in Mainz, Germany.

After graduation he taught English in Germany as a Fulbright Scholar. “I came back to make an impact in Mississippi. I eventually became a policy analyst at the Mississippi Economic Policy Center. I then applied to the German Chancellor Fellowship program to research German workforce and vocational educational systems. I’m currently the Director of the Mississippi Apprenticeship Program.” 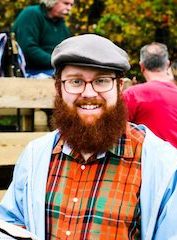 “My interest in linguistics began as an accident. I always had an interest in languages, but couldn’t decide on just one. I intended to learn Arabic and work for the State Department, but after travelling abroad, decided that wasn’t the job for me. Linguistics seemed a good option because it would equip me to learn whatever language was in front of me. It has done that, but it’s so much more. I learned not only the structure but the function of language – hint: it’s more than just communication. My favorite courses were generally tied to sociolinguistics, where we looked at why and how a language changes within different contexts. That differed greatly from my initial conception of linguistics, but I found something all the more valuable for it.”

A transfer student from Northeast Mississippi Community College, Trey took Introduction to Linguistic Science, Forensic Linguistics, Intro to Chinese, and Intro to French in his first semester at UM. Ultimately he decided on French, even staying to complete a master’s in French. Trey’s interests drew him out into the community in different ways. Linguistics courses involved interviewing people or recording conversations. He was involved in the Oxford Community Garden, Campus for Clean Energy, and a founding leader of the North Central chapter of the Gaining Ground Sustainability Institute of Mississippi.

Since leaving Oxford, Trey has worked with an environmental non-profit and done freelance media work. He currently lived in Wales where linguistics helped him learn Welsh and serve as an advocate for minority language speakers in Europe. 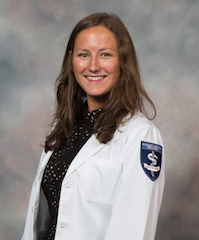 “Studying poetry in AP Spanish in high school made me fall in love with the language, and then my first trip to Argentina my senior year made me fall in love with the culture. I wanted to pursue my medical degree, and you can major in anything and go to medical school. So, I chose a subject about which I was passionate. Communication is a critical skill for physicians, and my Spanish will allow me to serve a larger, and more diverse patient population.”

While working on her neuroscience minor, Wilson joined the biology lab of Dr. Lainy Day where her research became an honors thesis and conference presentations. She participated in a medical mission trip to Bolivia where her Spanish helped with community health screenings and shadowing local physicians. To explore her interest in public health, Wilson was a summer researcher with a Center for Population Studies project on improving birth outcomes in the Delta. For an internship in Clarksdale she compiled and presented community profiles to local leaders and nonprofit organizers. As a member of Delta Gamma fraternity, Wilson was an academic tutor and community volunteer.

During her first year of medical school at UM Medical Center in Jackson, Wilson noticed a need for Spanish speaking health care providers. She became involved with the Spanish Club at UMMC and interacted with patients in Spanish at community health screenings. She is looking into becoming a certified medical translator soon. 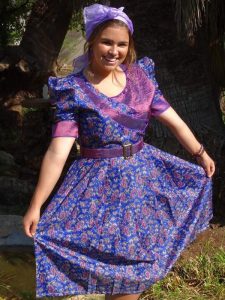 “Languages help us understand the world and give us access to stories we may never have found out without being able to communicate in a language other than our own mother tongue.” Elizabeth speaks from deeply personal experiences: Having studied abroad in Cuba and Argentina, Elizabeth is truly a student of the world who still keeps in close contact with the numerous friends she has made abroad. Moreover, Elizabeth is called to serve. While at the University of Mississippi, Elizabeth was active in the Phi Mu sorority, served in the ASB senate, co-founded Rebels Against Sexual Assault (RASA), and worked on the national It’s On Us committee to organize campaigns to eliminate sexual assault at universities throughout the southern US.

Elizabeth’s passion for service extends to her life after graduation, as well. Elizabeth is currently volunteering with the Peace Corp in Namibia, Africa, where she teaches English, Natural Science, and Reading. In Namibia, Elizabeth is applying the language skills she acquired at the University of Mississippi to learn Africaans as well as Khoekhoegowab, the click-language spoken by the Nama tribe with whom she lives.

Hear Elizabeth explain the click sounds and speak a few phrases in Khoekhoegowab:

Elizabeth reports that because of her willingness to speak their language, members of the Nama tribe “have told me that they feel like I really care about them because of the effort I’m putting in—even if I’m bad!” Her language abilities have allowed her to deeply integrate herself into their community, and the tribe has even bestowed upon her the Nama name /Khaekhoes (/ = click your tongue between your teeth), meaning “person of blessing.” 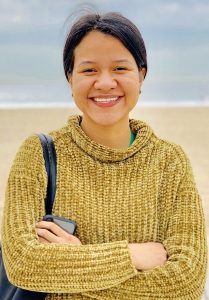 Grace Quintana explains, “I am part of the Dream Home Team at St. Jude. Basically we recruit builders that can help us build homes for free or low cost. We later sell tickets for $100 and do a raffle for these homes. Because of my Spanish, I will be going to cities with big Hispanic communities.” 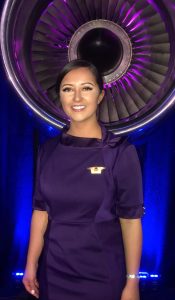 Riley Dunworth lives in Oxford and is based in Atlanta as a flight attendant for Delta Airlines. She commutes from Memphis when she works. When applying to be a flight attendant, specifically with Delta, she went through a series of interviews. First is the video interview, then a personality style test where you learn your most prominent characteristics, then a Skype interview, then a face-to-face group interview in Atlanta. She applied as a regular applicant and included her experience with Spanish on her application. Riley was able to use her experience with studying abroad, teaching with the university, and various other language skills and experiences as talking points during each step of the interview process. She writes that they have briefings before each rotation and at every briefing, the flight leader asks if anyone has any language or medical experience and she always let them know she can speak Spanish. She has been able to put her Spanish to use with passengers who did not speak English. 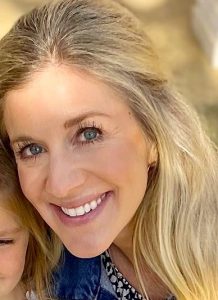 Catherine (Millette) Lawhorm explains, “I loved the program because I got to dive deep into Spanish history, linguistics, and literature, as well as gain a year of teaching experience. After graduating in 2011, I moved to Nashville, where I have taught mostly in private middle and high school settings, community college, and an adult language school (Tennessee Language Center). I have taught kindergarteners through adults, but am finding my niche with intermediate/advanced high school students. Next year I will be the World Language Department Chair at my school Brentwood Academy and will teach Spanish IV, IV Honors, and V Honors. I have my Tennessee 7-12 Spanish teaching license and am currently pursuing a second Master’s in Instructional Practice at Lipscomb University, which I will finish this August. I think the Ole Miss Modern Languages Department did an excellent job in giving me a deep understanding of the Spanish language. Personally, I have been married to my husband Alex for almost 10 years and have two young kids, Lucy (5) and William (3).”