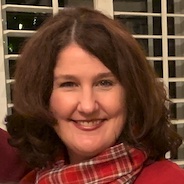 Kristen Walker joined the faculty at Ole Miss as an Instructor of French in the Department of Modern Languages in the fall of 2018. Kristen received her Master of Arts degree in French from The Ohio State University in 1998. She graduated summa cum laude with a Bachelor of Arts degree in French, minor in English, from Centenary College of Louisiana in 1996. As an undergraduate, she enjoyed studying abroad both in France and Belgium, DJing a French radio show, serving as the founding president of the Lambda Nu chapter of the national French honor society, Pi Delta Phi, and being a founding editor of the Louisiana French newspaper, Le Tintamarre. Kristen has taught French at The Ohio State University in Columbus, Ohio, The University of Wisconsin, Madison, and Belmont University in Nashville, Tennessee.