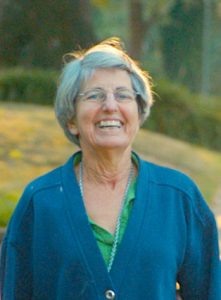 A donation to the linguistics program of the Department of Modern Languages has been made in memory of Rebecca Larche Moreton (1937-2016).

Donald L. Dyer, Associate Dean of the College of Liberal Arts and Distinguished Professor of Modern Languages, says about the donation, “Becky Moreton was my colleague and dear friend, and I miss her greatly. She was one of the finest linguistic minds I have even had the pleasure of knowing, and the contribution is a beautiful tribute to her. The Department of Modern Languages and the University of Mississippi will forever be grateful for this contribution as it is a way for Becky’s colleagues and linguistics students at UM to honor and remember her as well.”