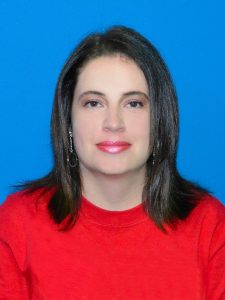 Karla Durán is a Spanish Instructor in the Department of Modern Languages at the University of Mississippi. She came as visiting scholar in 2007 and has been teaching in the Basic Spanish Program. She holds degrees from the Universidad de Costa Rica (B.A. in Education and M.A. in Spanish as a Second Language). Karla has helped with the Free Tutoring in Portuguese offered to the students of 100 and 200 levels.