We are proud of our outstanding faculty, strong tradition of scholarship, and dedication to teaching. The Department of Modern Languages develops in its students high language proficiencies and is committed to undergirding our language programs with sound linguistic and pedagogical principles, as delivered by its programs in Linguistics and TESOL. Equally important in the Department are the study of literature, cinema and culture, fundamentally important programs in all serious language departments.

The Department of Modern Languages offers the B.A. degree in Arabic, Chinese, French, German, Linguistics and Spanish. Students may pursue advanced proficiency in a foreign language through classes taken on the Oxford campus or through a combination of courses taken on campus and overseas at one of the university’s many study abroad sites. Our department is also home to a Chinese Flagship Language Program and an Arabic Flagship Language Program, two of only a few such federally-funded critical language programs in the country which train students to be “global professionals of the 21st century” who command ACFTL Superior proficiencies in the language. Students can also minor in Arabic, Chinese, French, German, Italian, Japanese, Korean, Linguistics, Portuguese, Russian and Spanish and instruction is also currently offered in Swahili.

The department proudly houses chapters of honor societies in the following languages and disciplines, with year of chartering noted:

The Department of Modern Languages offers an M.A. in Modern Languages with specializations in French, German, Spanish, Linguistics, or Teaching English as a Second Language (TESOL). The specializations in French, German and Spanish consist of advanced coursework in the language, literature, and culture of the target language. Students with advanced language proficiency may be considered for teaching and/or research assistantships while pursuing their graduate studies. The specialization in TESL focuses on language teaching pedagogy, linguistics and cross-cultural pragmatics, and interacts with the Intensive English program (IEP).

Finally the Department of Modern Languages is pleased to announce our new Ph.D. in Second Language Studies with specializations in Applied Linguistics and Spanish. Students in the Applied Linguistics Ph.D. emphasis focus on linguistics, empirical research, and language pedagogy. Students in the Spanish Ph.D. emphasis explore linguistics, culture, language, literature, and film across the Spanish-speaking world.

Welcome to the Department of Modern Languages! If you have any questions or if we can help in any way, please contact us. 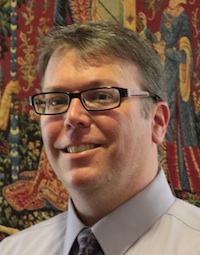 Mission Statement of the Department of Modern Languages

The mission of the Department of Modern Languages promotes multilingualism and cross-cultural understanding across the university. It seeks to develop in its minors, majors, and graduate students high proficiency in a second language, knowledge of global languages and cultures, and skills to analyze linguistic structures and literary texts. Its faculty is dedicated to creating a dynamic intellectual atmosphere through continuing research and scholarship in literature, linguistics, cultural studies, and philology, thus preparing many of its graduate students to join the next generation of teacher-scholars. Furthermore, the Department provides opportunities for civic engagement, service learning, internships, and graduate assistantships. These opportunities develop students’ global and cross-cultural competence and thus prepare them for careers, leadership, citizenship, and stewardship. Consequently, the Department of Modern Languages prepares students for the complexity and diversity of a rapidly changing world.